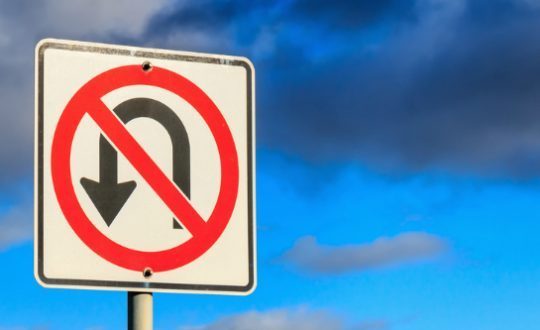 “Shut up! You’re so annoying!”

The words stopped me in my tracks. I slammed on the brake. I looked at my twelve year old son and took a deep breath… Or maybe let out a grunt, I can’t quite recall. Come to think of it, I may have growled, but anyway, that’s not the point.

I thought about pulling over to the side of the road (like Mr. Hutchinson my middle school bus driver used to do when kids misbehaved), but figured that would be an overreaction. I glanced in the rearview mirror. Thank goodness there were no cars behind me. Luckily, my nine year old was safely buckled in, though a bit stunned and, undoubtedly, eager to see where this was going to go. “Don’t ever speak to me that way,” I said, and kept driving. (I’d like to tell you I said “please,” but I didn’t, and I think I stuck my finger in his face. All in all, I kept it together).

I felt hurt and angry. I’ve taught my kids not to say, “shut up.” I’ve taught them to speak respectfully to adults, especially their parents. But that wasn’t why I felt so upset. Truth be told, it was being called annoying that really got to me. All the victimization of a true Jewish mother hit me like a tidal wave… after everything I’ve done for him, he’s going to speak to me in that tone and insult me? Well I guess he just doesn’t love me anymore. Oy vey iz mir!

This may be a bit dramatic, but beneath the victimization was an actual sense of grief. My little boy is not so little anymore and I felt saddened by the loss of adoration and innocence he used to express. I was stunned by his sudden display of teenageryness. Everybody says to enjoy every moment of your kid’s childhood because it goes by in the blink of an eye and even though we know that’s true, it seems like such a cliché. However, it REALLY does go by REALLY fast! My son grew about 4 inches and gained about 20 pounds in ONE SCHOOL YEAR! Good grief!

Really, the situation was no different than when this same child stood up in the bathtub when he was three years old and shouted, “I hate you!” I can’t remember what prompted that outburst, but I remember it hit me like a punch in the gut. Until I realized that this is part of growing up, it’s just one of those things that kids say to their parents. This time, he was frustrated with me for repeating an instruction I’d already given—nagging, some might say. But if you know twelve-year-old boys, you know that they often get distracted and don’t always follow directions the first time (insert exasperated eye roll).

As we continued on our drive to school, I calmed down and put the situation in perspective. Sure, I was being annoying. No, he still shouldn’t tell me to shut up. But he’s a pubescent kid with hormones raging through his bloodstream like class six rapids. Self-control and patience are not always within his capacity these days. Which is not to say those are my strengths either. I’m an overworked, underpaid middle-aged mother with a myriad of stresses and responsibilities… sometimes I lose my shit. I own it though, and my son and I had a good laugh later at both of our reactions.

He apologized. I told him I love him. Life is grand. But I realized that morning that we were embarking on a new road… Teen Age Way, I’ll call it. My sweet baby has grown surly and irritable and the utter adoration he once had for me has been replaced by irritation, if not scorn. That’s just the nature of things. Even the coolest moms are embarrassing and, yes, annoying to their adolescent child.

As I trudge down Teen Age Way, I hope to stay the course with strength and humor. I hope to find some other mamas (or papas!) muddling through the muck along the way—so we can help pull each other out when stuck. No matter how challenging, scary or ugly this road may get at times, I will not duck out or abandon my kids. I hope to bear the occasional disrespect with dignity (I may need to be reminded of this goal from time to time). Hard as it is to let my babies grow up, I look forward to getting to know the men that I’ll find on the other side.