Wait, Could I Be Your Mother?! 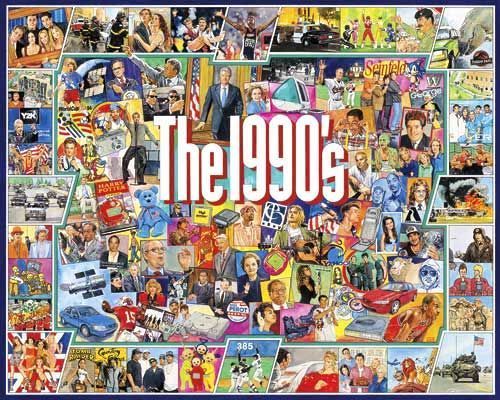 The other day, I got the email address of my son’s music instructor so we can communicate about lessons. It was the guy’s name followed by the number 93.

“Is that the year you were born?” I asked.

1993, I remember it well. Bill Clinton, the first President I ever voted for, entered office. Muslims and Croats were fighting in Bosnia. David Koresh was set aflame in Waco, Texas. Lorena Bobbitt was on trial for cutting off her husband’s penis. I grieved the death of River Phoenix (my celebrity crush, who’s image was plastered all over my bedroom walls when I was in middle school). Jurassic Park was in theatres. Dreamlover by Mariah Carey was everywhere (much to my dismay at the time). I was in college, donning flannel/overalls/combat boots. I listened to a lot of [new] Nirvana and Pearl Jam.

So it hit me. I’m old enough to be this guy’s mother.

This is not a teenager, mind you. This is a full-grown adult. He has a full-time job. He grows a full beard.

Similarly, another young man who works for my husband was recently thought to be our son. When I heard this, I laughed. How preposterous! Then I did the math. Damnit. Once again, I’m old enough to be his mother.

Granted, with both of these guys, I would have been a young mom, but in neither case would my age have qualified the story for an after-school special. I would not have been tragically young, just comparatively young.

At that age—my late teens, early twenties, I did not want kids. Nope. No way. I was going to live my life free of the burden of trying to raise children in a messed up world. I wanted freedom, and feared I’d only screw up such an important task as molding a human. So I waited. I gave birth for the first time at 29 (and he was unplanned). I was 32 when my second son was born. I know that’s not old, but it’s later than many. The result is that I am now shocked to realize I could’ve birthed someone who is now an actual adult.

I’m still coming to terms with the fact that I won’t have any more kids. For a while, I considered a third (yes, I would’ve tried for the girl), but my younger son was a huge handful for so long, that for years I couldn’t even think about having another baby. Now that he’s older and I no longer fear that he’s on the fast track to juvenile detention, I can think about that girl again. Except now I’m in my 40s and, although my body still thinks she can do it, there is no way I’m getting pregnant again. I’m simply too damn tired.

At this point, I may be closer to grandkids than I am to my own birthing experiences. And here I am reflecting on the 90s with hopeless nostalgia. Those were my wonder years, when I became a full-fledged adult. I was young and beautiful, but too stupid to realize it. I tested my own mortality on a regular basis. I loved hard and poorly. I was angsty and angry. Life was on the horizon, and happiness was a grand mystery, constantly teasing me with its attractive but elusive ways.

I was certainly not prepared for motherhood in 1993. So maybe the truth is, though my body could have mothered those men, I could not have. Maybe the immaturity that limited me back then is a gift to me now. I am determined to always stay young at heart. So maybe, even though my body is changing and I’m getting older everyday, I am still, and will forever be, young and beautiful.

Age is just a number.