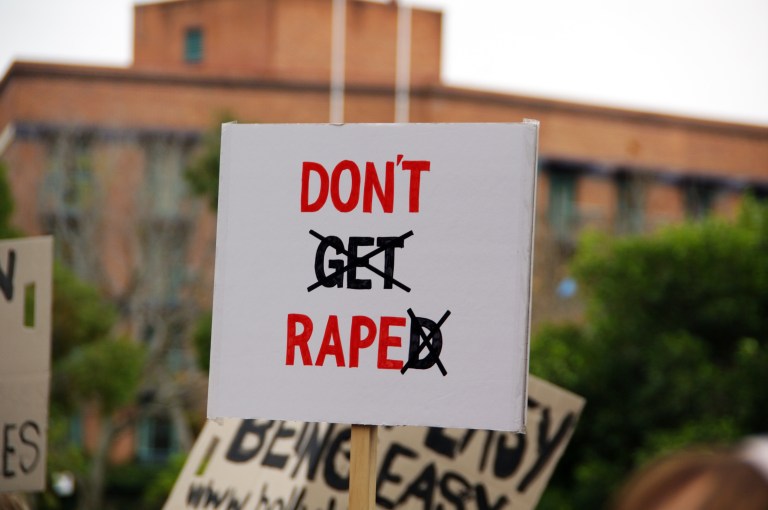 You may not have noticed, but I took a little blog break. I’ve been busy sticking my head in the sand to try and escape the fact that the world has gone completely batshit crazy. How can I write about the minutiae of middle-aged parenting in the midst of all of this insanity? I can’t. So today I’m setting aside my silly satirical commentary. I’m not going to try to make you laugh or to highlight my own shortcomings in an attempt to bring you comfort. No. This is some serious shit and I hope you hear what I have to say.

As a parent, I attempt to process many issues and current events with my kids. I try to keep the conversations developmentally appropriate. I’ve tried to shelter them from the horrifying things portrayed on the news so they can live without stress and anxiety. I’ve attempted to insulate them from all of the pain and suffering, which seems to occur someplace else, separate and apart from their happy little lives. But the fact is these stories are not separate from us. This is the world we live in– a world where innocent people are brutally murdered in the streets, where dead children wash up on shore, where mass shootings have become a regular occurrence, where people are killed by the very people who are supposed to protect them, where using the bathroom has become a crime, where the oppressed are put behind bars while real criminals get rich, where our system of governance in this great nation has deteriorated to the level of an episode of the Jerry Springer Show. I could go on and on about all of this, about how it’s impacting our children, about elevated rates of anxiety and depression among youth. Maybe I will at some point, but right now I need to address a specific nugget of nastiness that has emerged from the media madness.

It seems Donald Trump has been recorded making lewd and sexist comments about women. Everyone is in an uproar, as well they should be, because this person is seeking the highest level of leadership in the free world. But were you surprised? Really? It’s just one thing after another with this guy. If you’re shocked by the latest, you really haven’t been paying attention. But I’m not here to debate politics and I definitely don’t want to talk about Trump. The story got me thinking though, and I feel it’s necessary to address the issue from a parenting perspective.

I am a mother of boys. It has always been my mission to raise strong, compassionate men. I cannot do this without confronting the culture of misogyny in which we live. This is the world where sexist comments are casually justified as “locker room banter,” as if that explanation is sufficient. I began to consider the situation from my children’s perspectives. This is the world where they turn on the TV to see a scantily clad, big-breasted woman lasciviously eating a hamburger. Where the only women they regularly see participating in sporting events are the pretty reporters interviewing athletes on the field. Where their female peers are scolded for dress code violations because of exposed shoulders. Where they hear things like “you run like a girl,”  or “pu$$y” is used as an insult, or they’re told to “man up” if they shed a tear. This is the world where, while playing on the lifeguard station at the beach, they’re exposed to graffiti that depicts a smiling penis and a vagina with sharp, razor teeth.

It’s evident when I interact with youth that we have come a long way in terms of gender equality. Kids today are overall far more open-minded and intelligent in this area than any generation before. However, there is still so much work to be done. Too many negative influences and sexist messages pervade our society. Rape Culture is real, folks, and it’s something people of ALL genders need to be educated about.

I’ve said before that I’m sometimes relieved that I have sons because parenting them as teens seems easier. That’s Rape Culture. I’ve commented on what I would or would not allow a daughter to wear. That’s Rape Culture. I’ve encouraged girls to protect themselves by taking self defense or using birth control. That’s Rape Culture. I’ve kept a container of pepper spray on my own key chain. I pretend to be talking on my phone when walking to my car alone. I’ve been afraid to voice my own indignation when exposed to sexist behavior among groups of men. That’s Rape Culture. It is the thing that kept me silent when my rear end was grabbed in a crowded hallway in high school, and when the boys ranked us by breast size in middle school. It is the thing that made me think that being cat-called is just a fact of life for females, or that I better put out if I want to keep that guy/have him like me. Rape Culture is an insidious poison that seeps into our minds and attitudes without us even realizing it.

When my child seeks out pornography on the Internet (as he will, because they all do), it is not the emergence of his sexuality that truly troubles me, but the depiction of women and sexuality that he is exposed to that concerns me most. We have already had those conversations and we will need to revisit them directly and often to ensure that he understands what is happening through those depictions. It’s a good thing I’m a counselor and feel confident navigating challenging conversations with kids. It’s a lot harder as a parent though, when so much more is involved and I feel so much at stake.

So this is how I intend to approach parenting my boys in a culture that accepts, rationalizes and even promotes rape.

Lofty goals, I know. Of course, we will not sit down and have all of these conversations at once. Please, I’m not going torture my kids! But I will look for teachable moments and I will not shy away from challenging topics of conversation. Parenting is constant and hard and is not an area in which to slack off. Ever. I’m realizing that the hardest aspects of parenting do not occur when kids are very young (as we are too often led to believe), but when kids are older and we’re apt to step aside. DO NOT step aside! Our children need us to help them make sense of this crazy, ugly world well into adulthood.

If you have suggestions for how to raise confident, respectful people in our society, please share in the comments! If you have questions about how to facilitate challenging conversations, feel free to contact me and I’ll do what I can to support you. This is so very important for your children, for mine, and for generations to come.