How The Truman Show Helps Me Find Hope During Pandemic 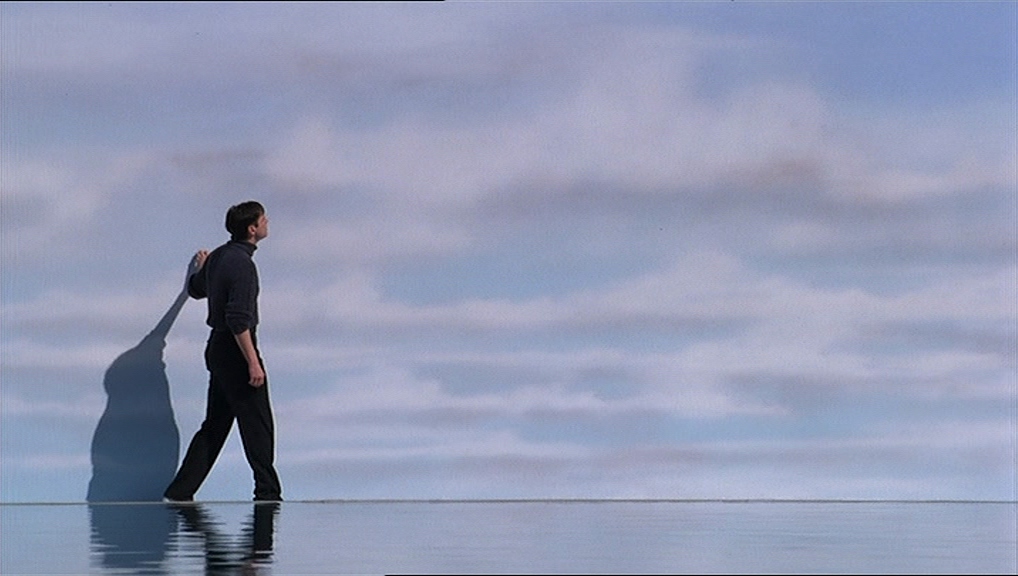 “It feels like we’re on The Truman Show; like we’ve been convinced to stay home so they can make repairs to the sky dome,” observed my 16-year-old son.

If you haven’t seen The Truman Show, it’s a movie about a guy whose entire life is broadcast live on a reality television program without his knowledge (directed by Peter Weir, starring Jim Carrey). Truman believes the world he experiences and the life he’s lived is real, yet everything in his entire life has been carefully cast and crafted.

The film is thought provoking and raises questions about reality, perception, ethics and faith. I chuckled and then sighed when my son made the comment. Indeed, it does feel like we’re on The Truman Show.

As I write this, we’re about 6 weeks into social distancing and a month into full on quarantine. It’s been long enough to adapt in some ways, yet so long that we feel trapped and antsy.

I dismissed my son’s comment as a clever observation, but as I give it more thought I’m aware of how appropriate the metaphor really is. The religious undertones of The Truman Show are obvious but the producers of the film could never have known how supportive the story would be over twenty years later.

Rather than write a detailed critical analysis of the film I’ll touch on the details that seem relevant to me during this time of pandemic.

The Truman Show is based off of an episode of The Twilight Zone (“Special Service”). I’m sure we can all agree that it feels like we’ve entered another dimension—one where things are similar to, but significantly different from, the reality we know and understand. It’s weird and unsettling, but also rather profound.

There is a fifth dimension beyond that which is known to man. It is a dimension as vast as space and as timeless as infinity. It is the middle ground between light and shadow, between science and superstition, and it lies between the pit of man’s fears, and the summit of his knowledge. This is the dimension of imagination. It is an area which we call … The Twilight Zone. [intro from Rod Serling’s Twilight Zone]

Rod Serling, creator of The Twilight Zone, vocally criticized television censorship. The show’s sci-fi/fantasy theme enabled writers to include controversial material in a way that evaded the censors. Of course, it also gripped people’s imaginations and challenged their concepts of reality.

Living through the surreal experience of global pandemic is forcing us to expand our minds. Those who are able to be flexible and stretch beyond the familiar are going to get through this more easily.

The concept of illusion and the question of reality have been on my mind a lot lately. Some people think corona virus is a lie. Others think masks are pointless but prayer is essential. Many believe that we brought this on ourselves (Law of Cause and Effect). Is there a fundamental truth somewhere, or does truth reside with the individual? Are Truman’s life experiences—his emotions, achievements, adventures, thoughts,  opinions—irrelevant because there’s a director behind the scenes? Is it the context or the experience that counts? Once corona virus is no longer a threat, will the emotions we feel or the things we’re doing during quarantine cease to matter? What if things we consider to be real and true is, in fact, illusion? How does that impact the meaning of our lives?

In college I took a documentary film making class. This was the early 90s—at the very inception of reality TV. We dissected The Real World, the MTV show about strangers living together, and pondered how real things can possibly be when cameras are rolling. Here we are nearly 30 years later, living in a world that is in large part constructed by the media. Are we really that different from Truman? Are our lives as authentic as we think they are? Or do we live in a sensationalistic reality TV show?

When the Veil is Removed

Ultimately, what changes everything for Truman is his intuition and his capacity for critical thinking. He begins to sense that something is off so he starts to question reality. When his awareness changes so does his behavior. As he awakens, he stops feeling content. Since he can’t return to ignorance, he seeks change.

“If his was more than just a vague ambition, if he was absolutely determined to discover the truth, there’s no way we could prevent him.” [spoken by the character Christof, played by Ed Harris]

Truman persists in his quest for change despite the fact that change is unfathomable. He disregards everyone’s insistence that he accept things as they are. He presses on regardless of the obstacles that are deliberately placed in front of him. This is wisdom we can apply as we move forward from COVID-19.

This pandemic is a call to action. It’s an opportunity to rebuild our fractured society. But this requires drastic and frightening change. As I write this, people are begging to return to “normal.” Human beings prefer familiarity and predictability to stepping out of their comfort zones, “better the devil you know,” as they say.

I feel like Truman—coerced by society to accept a reality that just doesn’t feel right. It’s going to take a hell of a lot of awakening to move us away from ignorance. But I know I’m not alone, which gives me hope. Once awakened, we won’t go back to sleep. For now, we need to continue to peak behind the veil–to think critically. We must not resign ourselves to the status quo. We must trust our intuition, believe in a better way, and keep moving forward even when change feels impossible.

Power is a State of Mind

At first, Truman is like a child–naive and blindly obedient. As a result, he’s easily controlled and ostensibly powerless. As he grows, it becomes clear that he has all the power. Once he takes control of his own life, the old system is dismantled.

We live in an oppressive society. Power is deliberately contained. But that only works when individuals remain blindly obedient. We’re not powerless. We’re part of a larger system. If an individual component is altered, the whole system is affected.

Those who contain power manipulate mindset. In the movie, Christof feeds lines to Truman’s best friend Marlon in an attempt to quell Truman’s discontent. In the end it makes no difference because Truman has a mind of his own. At one point Christof tells Truman, “I know you better than you know yourself,” to which Truman replies, “You never had a camera in my head!”

Want to Change the System? Change Yourself.

The quest for change begins with self, which is not selfish. Shifting the collective path forward requires us to facilitate individual transformation.

This takes courageous self reflection. The biggest obstacle to personal growth is fear–fear of emotional pain, fear of negative judgment, fear of change. Lean into the fear and recognize that once you do the work, the reward far outweighs the risk.

Be mindful of what you’re exposed to. As Christof said in the movie, “we accept the reality of the world with which we are presented.” Pay attention to the influences around you. Traditional media outlets thrive on fear, so make a concerted effort to infiltrate your awareness with hope and positivity. It’s recommended to maintain a 5:1 ratio to override negativity. For every negative encounter (ie: a toxic person or an upsetting news story) it takes five positive interactions to counter the impact. So flood your news feed with goodness (I follow The Good News Network, Some Good News and The Optimist Daily). Do random acts of kindness. Be supportive, generous, and loving and notice when people are that way with you. Avoid engaging in unproductive, negative conversations. Create the world you want to live in.

Right now, we’re staying at home to support each other. It’s an act of generosity and it’s temporary. Take the time for personal development. Adopt a growth mindset and recognize your power. Trust that your individual actions influence the collective capacity for change. Bring these lessons out into the world when all of this is over. As you move forward, stay open to possibility and be willing to persist despite fear and opposition.