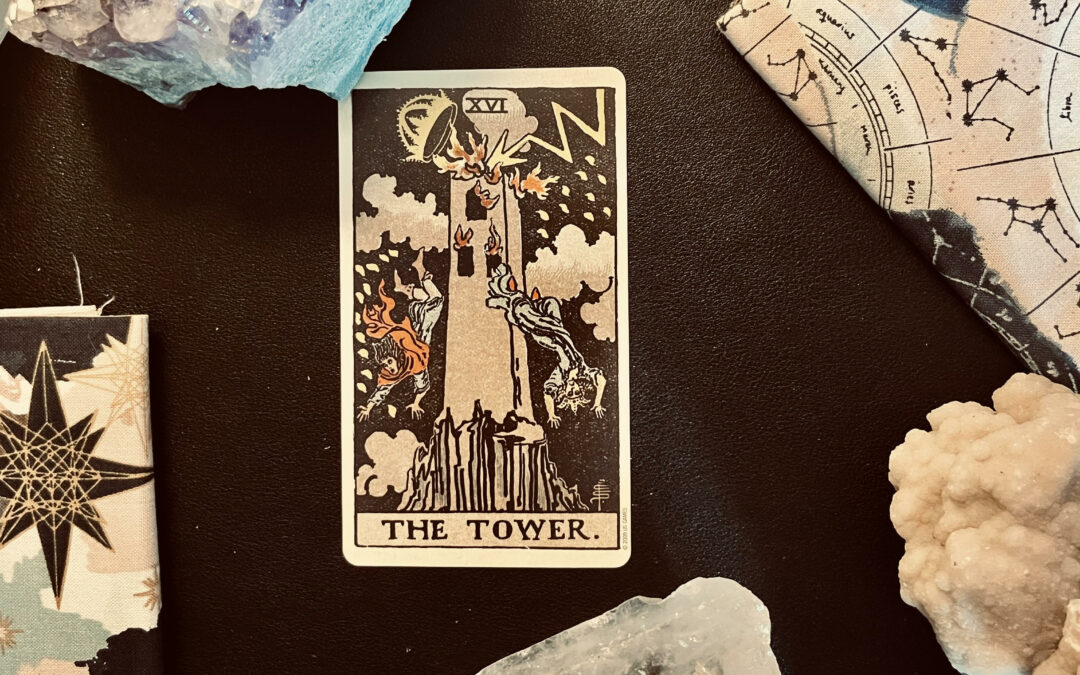 I’m a worthless piece of shit.

That’s the narrative that played in my unconscious mind for years. Though I was sometimes aware of feeling this way, I didn’t realize how it permeated everything I experienced until a cataclysmic event sent it careening to the surface of consciousness. It hit me straight in the face and I had no choice but to deal with it.

It was a Tower moment, as Tarot enthusiasts might describe. Sudden, intense and painful upheaval incited necessary transformation. The entire experience was awful but in the end I’m grateful for it because it helped me recognize and eventually heal from this toxic belief.

I see the influences of faulty cognitions all the time with my clients. We all have core beliefs that formed in our early years lurking in our subconscious minds. Since children are developmentally incapable of comprehending multiple perspectives or the influences of lived experience when they encounter difficulty they interpret it through an egoic lens. Children are concrete thinkers so explanations are very black and white—things are either good or bad. What this means is that adverse experience are often translated as “I’m bad” in some way.

Examples of common core beliefs that I’ve examined with clients include:

“There’s something wrong with me”

Abandonment and emotional neglect planted the seed of this belief for me. Out of which grew viny tendrils that crawled over and wrapped around my life experiences. Whenever something didn’t work out or I struggled, the belief strengthened. It became so invasive that even as I did deep emotional healing work, it continued to grow and sneakily suffocate ease and joy.

When I realized how the belief influenced my behavior I was able to understand patterns of self-sabotage. After first being utterly disgusted with myself, of course. Hitting rock bottom, wallowing in shame and planning my suicide shoved me face to face with my worst demons. I could live and face them or I could give up and die. I chose the former.

The only way I could bear to look at my demons was to offer myself the same love and compassion I offer others. When I did this, I didn’t see the faces of greasy, terrifying monsters but rather my own face as an innocent and sad child. I started loving on that little girl. I remembered the things I used to love to do, the things that delighted me, I recalled talents and successes that no one else ever noticed. I offered reassurance and validation when recalling painful circumstances. I imagined lots of hugs.

Now I can honestly attest to the fact that I no longer believe that I’m a worthless piece of shit. When something happens that activates the echo of that belief, my body stays calm and my mind present until I witness the vibration fade away. It’s a lie that no longer dominates my life.

I’d love to tell you the healing process was smooth and simple, but of course that’s not true. It was rough, to say the least. I’d also love to tell you that now that the toxic belief is cleared I’m free and unburdened. The truth is that there is always another faulty, toxic belief to address. I’m now working on healing, “I don’t get to have what they have” or “life has to be hard for me.”

Think back to your early life experiences. What core beliefs formed in your child mind? What faulty cognitions thread through your experience? It may help to consider what comes into your mind when you experience disappointment or hardship. What negative belief about yourself surfaces at those times?

When you have a sense of what that is, start to notice how the belief showed up at various times in your life. Notice how it affects you now. Identify how old you were when it started and begin offering support to that version of you.

I hope this helps you avoid a true Tower moment like I had!

I'm a healer, a guide, a supportive companion. A storyteller, an artist, an ally and an advocate. I help individuals thrive and communities come together through counseling, coaching, and community building. I believe that shared humanity is a powerful strength and that our stories connect us in beautiful and sacred ways. As I stumble, skip, or soar my way through this life, I invite you to join me on the journey. Likewise, I'm honored to travel with you. In witnessing one another, we find meaning.